Over 100 years ago, 17-year-old Fredolino Lafranchi left his home in Maggia, Switzerland, to come to America with the dream of owning and operating his own dairy. He and his wife, Zelma, made their home on a 1,150 acre ranch in Nicasio in northern California and established the Lafranchi Dairy.

Fredolino’s son, Will, later made many trips back to the ancestral village of Maggia, forging relationships with his extended family and tasting many delicious cheeses. Recently, Will’s sons, just as passionate as their father and grandfather, went back to Switzerland to study cheesemaking, later bringing back master cheesemaker Maurizio Lorenzetti to mentor the family in the art of making the cheeses of the Valley Maggia. With morning milk from their herd of 400 cows, the five Lafranchi siblings opened one of a growing number of small farmstead creameries in the area, and began producing their own Nicasio Valley Cheese Company cheeses.

Stop by their shop in the small town of Nicasio for a view through the window of the cheesemaking (weekdays are best for that) and to taste and pick up some cheese and picnic supplies. 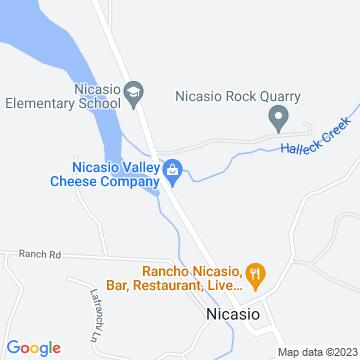