In 1996 Tim Pedrozo, a third generation dairy farmer, and his wife Jill, bought a small herd of Holstein and Jersey cows.  Their hope was to allow their animals to graze outdoors on the variety of grasses that grew in their pastures.

Over the next two years, it became clear that sustaining a farm on fluid milk production wasn’t possible with this philosophy. Packing up their family and herd of 50 cows, the Pedrozos bought a farm in the Sacramento Valley town of Orland and opened Pedrozo Dairy and Cheese Company.

They learned to make traditional European table cheese from the former owner, and then then were able to set out on their endeavor. Their commitment to sustainable agriculture and responsible stewardship has remained as strong as ever.

The cows live on pasture year-round, and this healthy diet can be tasted in their raw-milk cheeses.

How to Book: Book Online

Tours of the farm and creamery are available by appointment. Additionally, the farm is open during the Sierra-Oro Farm trail weekend. 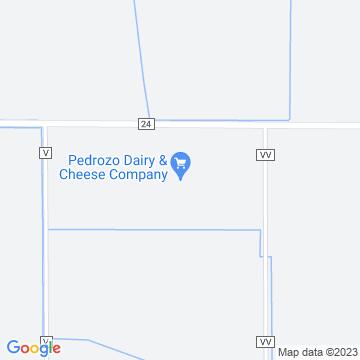